Reverse Path filtering is currently only implemented in IPv4. Eric Leblond sends a patch to add support for IPv6 but it was refused by David Miller who, among other points, wanted to get rid of rp_filter and would like to see it in the Netfilter code. 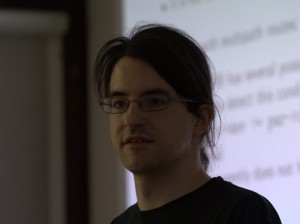 Reverse patch filter implementation is a single function called fib_validate_source. Looking at the problem, it seem relatively simple to implement because, it is just to reverse source and destination and then get the output interface. if it match with the incoming interface, then this is ok.

But API is not that simple and implementing it in Netfilter is not easy. For example, in PRE_ROUTING we don’t have the output interface and thus we can not guess it easily by using simple Netfilter function. A implementation using standard function from the routing part is thus necessary. But there is still issue with multipath routing in IPV4. Florian then has tried a second implementation which mimic the behaviour of fib_validate_source.

Some implementation questions are discussed. The main part are about how to handle special cases. Patrick proposes to modify the code in PREROUTING to be able to access all interfaces. This will then permit to do a more Netfilter based implementation.

Regarding userspace syntax, this is a match and a specific iptables rules will have to be added to benefit from the functionality.

One thought on “Florian Westphal: Moving rp_filter into netfilter”