Since this morning, I’m the owner of a XPS 15 end-2012 edition. The model I have come with a hard drive and a SSD and it is pre-installed with Windows 8. As it is not a good choice for a OS you want to use the laptop for real work, I’ve installed a Debian sid on it. 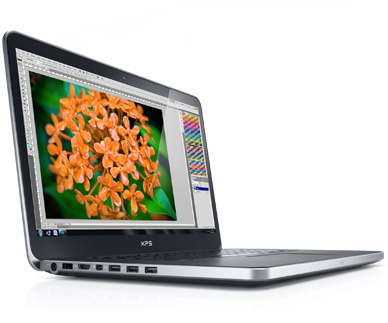 On the laptop, I’ve received the 32Go SSD was formatted with a single 8Go partition which was not used by Windows. The Windows installation was made on the classic hard drive.

From Windows, I was able to change the size of the system partition on the hard drive (the big one host OS and data) and doing so, I’ve managed to create a new partition to host my Linux data.

I’ve made the installation using an USB stick prepared with unetbootin. I had to choose the HD media mode to be able to correctly run the install procedure.

To start the install, you need to go in the bios by pressing F2. You then have to activate the legacy mode which will allow you to run an OS like Debian. To switch between the different OS, you have to hit F12 at start to be able to choose between Legacy (for GNU/Linux) and UEFI (for Windows).

All devices seems to work fine with Debian Sid. So if we omit the optimus Nvidia card issue, this is a computer that I recommend.

5 thoughts on “Installing Debian sid on a XPS 15”